The organisers of this event are painfully aware of the lack of gender balance among our invited speakers. We have made several attempts at improving this situation and have sent invitations to a number of female researchers who have worked on the relation between 4E cognition and evolution (a very specific intersection of areas) but without success. We are continuing to do so with some last minute efforts.

We take this issue very seriously and have made sure that at least the there is a good gender balance among the participants attending the workshop (those that we know of to this date).

We very strongly encourage female researchers, particularly those in the early stages of their careers, who are interested in this topic to join us and make their voices heard by participating in what we expect will be an exciting event. Layers of Collective Intentionality: From the Genus to the Species (and back)

There are many forms of shared activity, e.g. those pursued by informal groups spontaneously, actions performed by highly coordinated dyads of individuals in face-to-face situations, and institutional actions spread cross individuals in space and time. Following some recent accounts of shared intentionality, in the first part of the talk, I argue that the ‘sharedness’ in shared intentionality is best exemplified in cases of joint action informed by joint practical reasoning, in which agents deliberate together about the best means to pursue an action and then act upon such deliberation. I argue that joint activities of the relevant sort share a normative structure given by practical, means-end structures, that are commonly known by plural agents ‘we’. By analyzing a larger set of examples of shared activities, I argue that these structures are exemplified in various different species of joint activity when no explicit deliberation is involved. Those range from intersubjective spontaneous coordinated activities that involve mutual tracking, mutual responses and mutual attunement – joint improvised dance falls under this category – to more complex joint activities as the ones scaffolded by instructions or specialized background knowledge and social norms and institutions, e.g. when playing chess, paying a check at the Bank Cashier, or driving through a crowded street. I propose a methodology that allows to capture the key elements of shared intentionality, while leaving room to include under these characterizations cases that do not exhibit some of the features of the core instances or do so only in an approximate manner. In the second part of the talk I argue that these ‘species’ can be thought to unfold in ontogeny and phylogeny, providing a graded account of evolving collective intentionality that breaks into several developmental stages. De-Intellectualizing the Biological Roots of Cognition

Proponents of 4E approaches to mind remain divided on how best to characterize the biological roots of embodied, enactive cognition. This debate is often cast in terms of a disagreement over whether cognition is fundamentally representational in character. However, it has recently become clear that philosophical fault lines of this debate turn on a more refined disagreement about whether biologically basic forms of cognition exhibit intensionality (with-an-s). In this presentation I will explicate why the outcome of this debate is of such pivotal importance to philosophers by examining what motivates many to think that actions can only be individuated in ways that entail the existence of intensional content. It will be argued that its more fruitful to understand the biological roots of cognition – by appeal to foundational constructs such as world-targeting embodied habits – constructs which are not best characterized via an intensional, intellectualist lens.

Interactions all the way down

Ecological psychology and the extended evolutionary synthesis fit together quite naturally. Indeed, it is natural to see them as describing the similar phenomena that occur at different temporal and spatial scales. In this talk, I try to place that the animal-environment systems described in ecological psychology and the species-environment systems described in the extended evolutionary synthesis into a highly speculative and very general picture of nature as a fractally structured complex system. 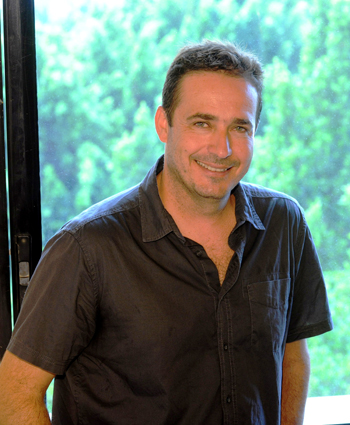 Cognitive science provides the means to make headway in the quest for plant intelligence. Recent research in neural network theory, theoretical neuroscience and perceptual psychology points to parallel distributed processing, predictive processing, and ecological psychology as fruitful models of cognition. Plant biology can graft these investigative notions into research and benefit from integrating their theoretical and methodological paradigms. In the second part of my talk, I shall argue that the degree of sophistication of the perceptual apparatuses found in members of other biological kingdoms licenses the quest for the origins of mind beyond Animalia. The vascular system of plants forms a complex information-processing network that allows plants to coordinate and integrate information signaling from root to shoot, and to take appropriate action as the need arises. Considering that consciousness appears to play a role in prioritizing the order of an organism’s responses, this talk explores the possibility of plant sentience. 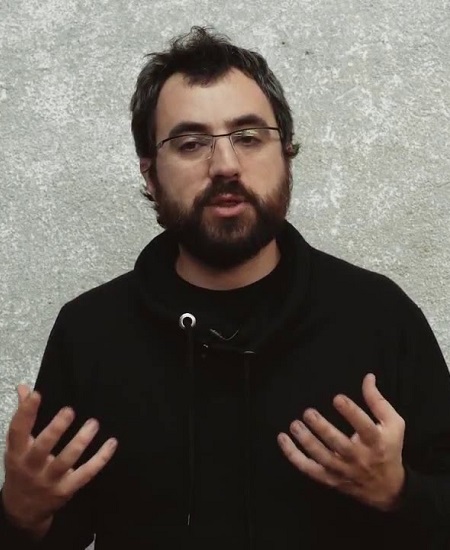 The evolution of sensorimotor life: developmental, embodied and environment conditions

The evolution of cognition is generaly conceived as the evolution of increasingly sophisticated and abstract representational capacities. An embodied, dynamicist and enactive perspective on cognition provides not only new explanatory tools but also new questions and frames of undertanding and problematizing the evolution of cognition beyond the computational realm. In this talk I shall focus on a key milestone on the evolution of cognition, a critical mid step between raw adaptive behaviour and higher mindful cognition: the evolution of sensorimotor life. On the side of organism-environment relationships, this type of agency (sensorimotor life) was both required and enabled by ecological environments in which high-energy resources were available to agents through increasingly sophisticated sensorimotor correlations and ecological and social co-evolutionary traps, through hostility and cooperation, that preclude a return path to previous or less complex behavioural modes of life. On the phylogenetic side, empirical evidence is reviewed for the progressive increase (in different lineages) of brain areas associated with integration and developmental plasticity of behavioural agency. In turn a whole set of bodyplan transformations came to be facilitated and required by an increase in behavioural complexification, including the division of the NS into a sensorimotor system and a system of the interior (in charge of bioregulatory functions). The most critical aspect of this evolution is the convergence into an evodevo niche: developmentally open sensorimotor autonomy.

An enactive perspective on the sexy handaxe theory

Handaxes are Acheulean stone artefacts that started to be manufactured around 1.5 million years ago, and which continued as a stable tradition for another million years. At first sight, given their handy size, sharp edges, and pointy tip, their main function appears to have been instrumental. However, a closer look at the data reveals that apparently non-instrumental choices also influenced their production, including emphasis on structural symmetry, aesthetic material appearance, and exaggerated size. In fact, at some sites they are found in prolific numbers and with little evidence of instrumental usage. Accordingly, it has been argued that handaxes may provide us with a window on the social domain of ancient hominins, especially on courtship behavior. The “sexy handaxe theory” hypothesized that they were products of sexual selection. This theory remains attractive, although details of the original proposal have been questioned. I suggest that a so far underrecognized reason for why courtship probably did play a role in handaxe production is the evolution of bipedalism in the hominin lineage: this change of embodiment had the side-effect of making primate sexual characteristics and mating gestures less effective, thereby creating a need for new forms of sexual sense-making that facilitated the incorporation of non-bodily factors into mating signaling and displays.

How can phenomenology be naturalized? This question at times turns into the question of how the relevance of phenomenology to cognitive science can be secured. In Clavel Vázquez & Wheeler (2019), as a response to a proposal by Gallagher, we discussed two alternative paths to achieve this: (i) a proposal that turns on a minimal notion of naturalism; and (ii) a practice-based analysis of collaboration between the two disciplines. In this presentation, I further elaborate on this second alternative. In the paper we argued that, pace Gallagher (2019), fertile collaborations between phenomenology and cognitive science are not necessarily grounded on a notion of nature explicit in scientific practice. Rather, fertile collaborations are regulated by both scientific and philosophical research practices and depend on the kind of task that is at hand. As a result, each practice enjoys local authority over the other. After presenting this proposal, I address two worries. Firstly, I address a worry that this might not deserve the label of naturalism since it implies that there are no global constraints from science to philosophy. Secondly, this model assumes that collaborative endeavours between phenomenology and cognitive science are clearly demarcated as tasks that are governed exclusively as either scientific or philosophical practices. However, there are cases in which these practices are far more intertwined in productive ways. These cases represent a challenge to the model of local authority defended by the practice-based account.

The Dynamics of Nutation

A Material Engagement perspective on the origins of representations

Among other practices, we can use language to represent – to say truths and untruths about things. Traditionally, cognitive scientists have explained this representational capacity by positing already-existing representational capacities. The preferred convention explains these linguistic utterances as external products of inner (brain bound) representations. Along with this assumption, orthodox theories of cognition also give evolutionary priority to internal representations: organisms first evolved the capacity to represent, and some of them evolved the ability to ‘translate’ these representations into linguistic symbols. Some radical embodied theories of cognition seek to invert this explanatory schema. But, in so doing, it seems that they must face a difficult question: how can we explain that we can use language to represent things without assuming that representational abilities came first? Radical enactivists (Hutto and Satne, 2015; Hutto and Myin, 2017) have tried to address this concern. In this talk, I will explore the ways the radical enactive proposal can be enriched through Material Engagement Theory or MET (Malafouris, 2013). In short, I will evaluate whether we can use MET to flesh out the radical enactivists’ hypothesis that representational capacities partially depend on, and are preceded by, the use of public symbols.